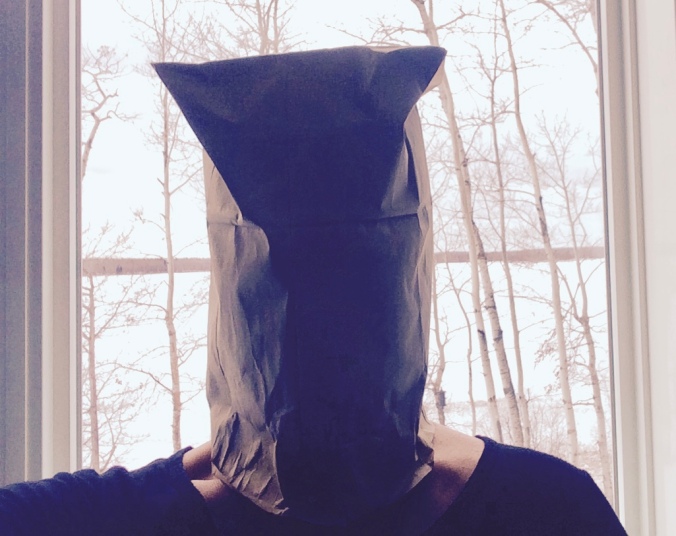 Well, let me just say, “I take offense to your offense, and I am super offended because you think I offended you. When really it’s you that offends me because you’ve taken offence to some perceived insult.”

The definition of perceived is to interpret something or someone in a certain way.

If everyone would just mind their own bee’s wax we’d have plenty of bees, and wax, and the world would continue to spin in the appropriate way.

I think we should operate on every single person and take out their offense button, and while we’re at it we should take out the perceived button so they can simply see the facts instead of interpreting people and things a certain way. It’ll make Deputy Dog’s job easier, “Just the fact Ma’am, I only need to know the facts.

I despise feeling offended. I want to be all peace, and love, and Zen. I want to sit in my mellow space with my diffuser spewing out the scent of lemongrass and bergamot. I’d like to keep my, everything will work out fine attitude. It seems I can’t.

I have unwittingly joined the ranks of other Canadians becoming a wee bit hypersensitive these days. Not only have I felt offended, now I’ve become on edge about opening my mouth, I might say the wrong thing. I might behave… God forbid, politically incorrect. Knowing this, I’ve come to believe that sometimes people lie about what they actually believe in order to prevent offending anyone else. This is a tragedy. Pressuring people to think a certain way promotes a bunch of phonies running around not truly supporting anything.

I would rather meet an honest person who displays their true colors with disagreement, than meet the one who is pretending to follow todays latest politically correct agenda. Lets be honest, you can only have an engaging and enlightening discussion with someone if they are offering you an accurate view they have of the world. Arguing different viewpoints doesn’t necessarily mean anybody’s wrong or right. It generally means the truth lies somewhere in the middle. A difference of opinion does not mean one person is bad and the other is good. The gray areas in life are far more profuse than black and white. I’ve taken to adding more gray clothing to my wardrobe in support of that very point.

Truth be known, it’s the politics in the country that really jabs the button on my feeling offended. Every time I look at the news headlines it jolts my Feeling Offended button just like a pre-schooler hitting the crosswalk button a hundred times.

I’ve come to the conclusion I should start wearing a paper bag on my head.

If you saw me, you might ask, “Why are you wearing a paper bag on your head?”

I might shrug brushing the bottom of the bag with my shoulders and answer, “It’s because I’ve taken offense to my own offense. I am so tired of being offended. It’s utterly exhausting.”

“I still don’t understand?” you would ask, “Why would you wear a paper bag on your head just because you’re offended?”

“It’s a corrective action, it stops me from looking around for more things to be offended about.” I said. “It forces me to mind my own bee’s wax.”

You might make a face, “But then you’ll miss all the other wonderful things going on in the world.”

I’d shake my head and the bag might shift slightly, “Not really, I miss them anyways by always searching for things to be offended about. This way, if I mind my own bees wax for a while, I’ll have enough wax to do my own Bikini line.”