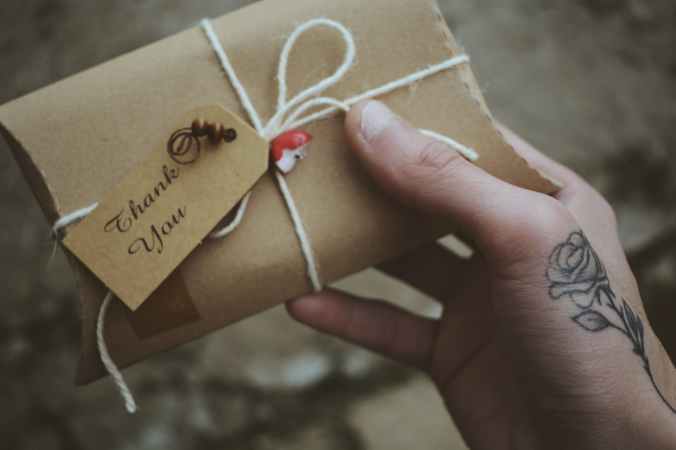 Photo by Panos Sakalakis on Pexels.com

Dear people, I appreciate your existence,  you are continually adding dimensions to this world through either positive interactions or negative ones. A balanced life conducts both. We are an amazing species which is complicated and special, our lives are a varied experience of opposing dynamics. For, how would we ever know darkness if we never saw light? How would we ever know joy if we never felt sorrow, and how could we ever appreciate health if we never suffered through sickness?  Encountering and reflecting upon oppositional events brings depth and wisdom to one’s consciousness.

Just imagine? Whenever you have an interaction with another person you either lift them up or add to their misery. The choice is always yours. This opportunity is etched into every communication whether you are driving in traffic, standing in line or writing a comment on someone’s Facebook page. The decision as to how you relate to the next person you meet is always yours. Are you building bridges or ripping them down?

So there you have it, I simply wanted to remind you, to behave however you like today. It really isn’t up to me, or anyone else whether you present yourself as Happy, Grumpy, Dopey, Sexually-frustrated, or Grateful. You, have all the freedom, and you better use it while you have it, because it won’t be long before the liberals decide your emotions are racist too. And on that note I will take this moment to genuinely thank the darling grumblers and scuzzballs and dagger-eyed devils in the world; their diversity is appreciated and defining. They’ve shown me exactly who I don’t want to become. 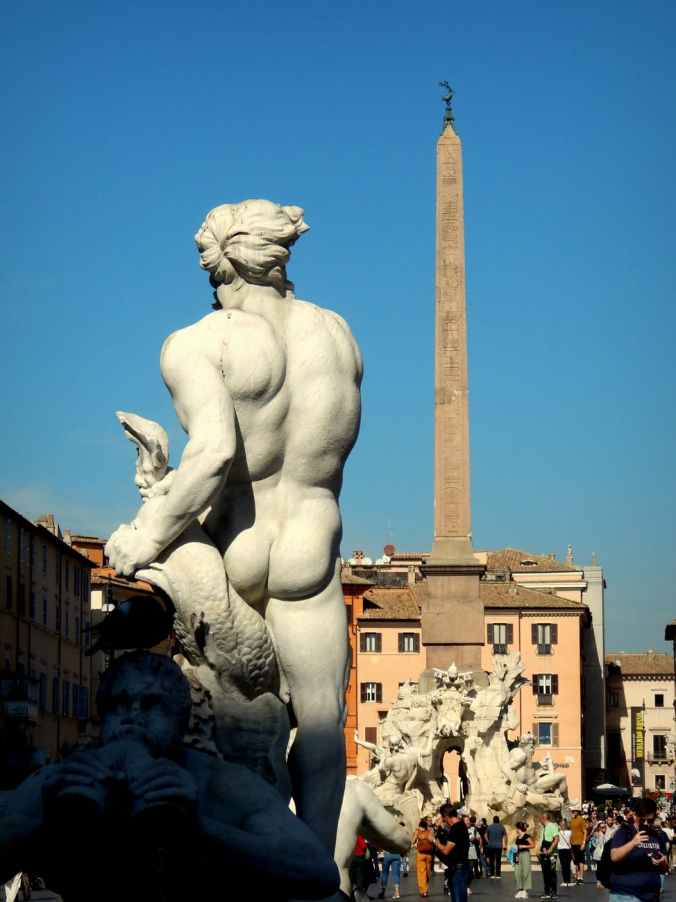 Piazza Novona, Rome, relatively near to the events that sparked the creation of Valentines Day. In the spirit of love and attraction I gift to you this photo displaying all sorts of suggestive symbolism. Sit back, take a close look, and allow your imagination to run wild, like a horse that’s been spooked by a flying tarp. Photo by Heinz Klier on Pexels.com

Well, my friends of the heart, February 14th, has arrived. That’s right, the gushy, lovey-dovey celebration is here, regardless of whether we want it or not. It enters into our lives either like a ghost in the night, or a yodelling yelp of expectation. Let’s face it, this is a day of jumbled reactions. Some people will excitedly profess their love to a potential mate or current partner, and some people will offer death glares to paired up lovers in the street. While still, others will play the feline, pretending nothing is happening at all.

Despite the diversity of our feelings about the designated day of love, I’m sure you most of you know, the biggest winner on Valentine’s Day is the retailer. Hence, some of the biggest losers will be, the inconsiderate sods that neglected to buy a gift for their expectant partner. If you’re not sure how your significant other feels about the Hallmark holiday, here’s a little hint, if there is glitter on their lips and in their eyes, you should probably pick something up. God knows it’s easy enough to find a little something when all the stores are thrusting their heart-shaped wares in your face like an ageing stripper looking for tips.

As you can probably tell, I have become a Valentine’s Day skeptic. For the past four years, I have asked my thoughtful hubby not to participate in the Valentine’s Day scheme. I have literally said, “I don’t need anything for Valentine’s Day, don’t buy into the fake holiday and spend half a day’s wages on a card, and chocolates. I’m good. I already know you love me, I don’t need a damn card to tell me that.” Seriously. Spending ten dollars on a card that costs seventy-five cents to make causes me heart palpitations. Hmmm, the heart palpitations?  Maybe that’s why he continues to buy me cards.

But like I said earlier, it’s not only the price of cards that creates the extra squeeze on my blood pump. It’s the other items of adoration, like the chocolates. Please, please, listen to me, my bearded bedfellow, don’t buy the elegantly dressed up chocolates in a heart-shaped box for twenty dollars. It’s a rip-off! When you open up the frilly cardboard creation, there will only be a dozen itty-bitty sweets in that box. Even at the very thought, I feel my heartbeat suddenly chugging at top speed like a train about to fly off the tracks. “Dear husband, if you are utterly resolved to ply me with chocolate to express your affection, then for the love of all that’s penny-pinching, go to Costco. There you will find the products to deliver unto me, a serious supply of decadent treats.” He will hesitate at this, and I encourage him further. “Listen, honey, if you absolutely need the heart logo to display your devotion to me, then, by all means, use your handy dandy red permanent marker and inscribe the cosmic symbol for love on the container. I would be charmed by that effort. Plus, on the upside, the enormous bag of treats will feed both of us, and our children, and our children’s children and the future generations to come.”

Now, allow me to state once again, my grudge against Valentine’s Day, is not intrinsically against the event itself, but the retailers cashing in on the opportunity to sell junk for jacked up prices, just like politicians making promises at election time. It’s damn expensive. So, in the spirit of finding some meaning in this day that comes around once a year, I choose to dig up the roots of the February 14th tradition. Lo and behold, after a bit of finger flexing and a strong internet connection, I excavated a truth, or rather, a supposed truth.

Long, long ago, in the ancient times of Rome, there ruled an Emperor nicknamed Claudius the Cruel. We can infer from his handy dandy moniker, that Claudius the Cruel wasn’t precisely the empathetic humanitarian you would choose for a leader.  He was ferociously dominant, and during his rule, was knee-deep in a plethora of bloody battles. The warring tyrant used-up soldiers as casually as one would swat away flies. Eventually, there was a noticeable decline in the number of volunteers enlisting in his army, after all, what man wants to mean less than an insect? The arrogant ruler presumed it was the men’s affection for their wives and families that prevented potential recruits from joining his legions. Therefore he banned the practice of marriage and engagements in Rome.  What a Dic… tator.

Soon, all of Rome’s lovers were seeking cold showers. And then, as an answer to many hardened  prayers, along came Valentine of Terni, a Roman Catholic priest. He took one look at the quivering lovesick young people of Rome and made a decision. He defied Claudius the Cruel’s ban against marriages and performed ceremonies in secretive circumstances. Unfortunately, the ruler discovered Valentine’s defiance and arrested him. The cold showers ran once more, and the Roman Catholic priest, Valentine, was sentenced to death. On February 14, 270 AD, the tender-hearted man, Father Valentine, was beaten, stoned and then beheaded.

Consequently, the priest was granted sainthood for providing the blessings of marriage, done in the spirit of love. And that, my friends, is why we celebrate Saint Valentine’s Day. My opinion has changed. I have a new respect for the remembrance of February 14th, a fellow human sacrificed himself in the spirit of love and connection. My heart warms with honour and appreciation for Saint Valentine’s sacrifice. I will still refuse all the retail gifts today, but I’ll gratefully accept love and give plenty in return. 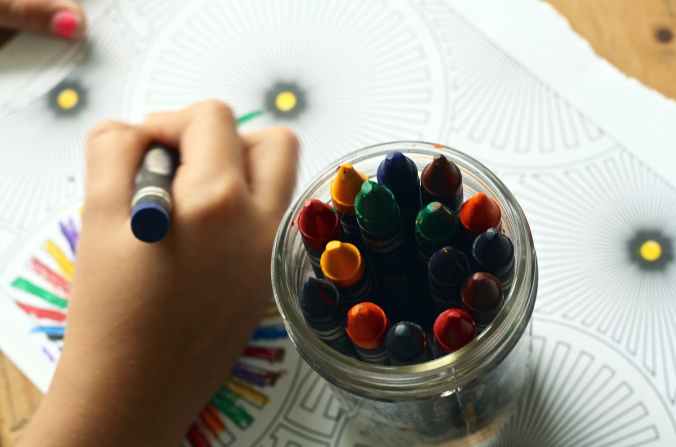 Photo by Pixabay on Pexels.com

So, here I am, another year into my life and literally halfway or more into the grave. It’s been fifty-four glorious years since I had my first slap on the rump to make me wail. Five years after that, I received another slap on the rump, but that had nothing to do with my mom’s vagina and had more to do with my poor attitude. And then many years beyond that— Hmmm, nope, nevermind, we aren’t going to talk about any of the other rump slapping episodes because nobody really wants to know.

Yesterday began as an uneventful birthday. I didn’t have a dance pencilled in with the tribes of Pygmy’s in the Congo, or a swim with the sharks in Fiji. But, to be fair, I did eat a banana split for breakfast with mountains of whipped cream and a big fat olive on top. I even ate it before I created my first poop emoji of the day. So, there it was, a big green glistening vegetable atop of some cream, and then it was gone in a crushing moment of daring. And… since no one else was there to say it, “Congratulations to me.” Eating olives and ice cream took a special kind of courage.

Fast forward midday into my birthday and you would have found me writing and alternately taking the dogs out to poop and pee. I was on my own for the next few days, Rick, my hubby had gone to work and wouldn’t be back. The day was mine. What to do? Besides writing and finding excuses to not write, I mean, well, it was my birthday. Shouldn’t I do something extravagant?

“Ping,” said my phone as though answering my question in the form of a text. It was my daughter letting me know that Julie, my granddaughter, was sick and needed to stay home from school. My daughter Megan didn’t ask me to come and help. Yet, as I eyed the text, the hamster wheel inside my brain creaked to life, and as it spun my grey-haired old rodent squeaked, “Emma has dance tonight, you should offer to spend time with Julie, so Megan doesn’t have to bring a sick kid to dance or have Emma miss dance class.” And so a few hours later, I was snuggled up to Julie on the couch while her mom and her sister, Emma were away fulfilling dreams of a future hip hop star. After all, Emma is three, and at that age, dreams still have plenty of potentials to manifest. Gotta keep the dreams alive.

Fortunately for me, probably due to the cosmic fact it was my birthday, Julie’s continuous puking had ceased and desisted. The magical powers of youth prevailed, and she recovered. I considered this a grand boon and a wonderful birthday gift. My distress over my lack of opportunity to dance with Pygmy’s and swim with sharks had gone. Before long at Julie’s insistence, we had left the couch and made a blanket fort under the dining room table. Soon we found ourselves colouring harlequin masterpieces by the mystical light of a flashlight. As we huddled together under the ancient wooden piece of furniture, I looked up and banged my head. Warm memories flooded my heart as I recalled  playing in amongst all the nooks and crannies of this smoothly polished table. Many years ago, I too had lounged under this table as I played with barbies and hid out with colouring books. This table was part of our family history, it had been my grandparents, and then my parents, and it was now my daughter’s. My grandparents and parents were gone now, moved on to wherever bright spirits go. And now, by a twist of fate, I sat in the shadows of the past making new memories with a cherished young one.  The circle of life continues and my birthday blessing complete.